There is no one clear path to business ownership. For some, it can be a lifelong dream that is finally achieved. For others, like Founder and CEO of THE MAX Challenge, Bryan Klein, who has never spent a day working for someone else; the freedom of entrepreneurship is seen as the only option, a life’s purpose. However, some people follow their passion so devoutly, that they eventually stumble into it, as if it manifests itself. Pam Miller is one of those people. Pam is the owner of THE MAX Challenge of Ocean.

Pam started out her MAX journey as an instructor, pushed by a friend into the career path. “A friend of mine and I were working out together and I would always create the workouts for us. The two of us would always go day after day, and finally, she said to me, ‘You should really be an instructor,’” explains Pam. This idea took Pam by surprise. “I was actually a very shy person. It seemed totally out of my realm of possibilities, but the more we kept working out, the more she kept saying it, the more I started to think. I do love working out. It’s something that I’ve always wanted to do. But what was holding me back was the fact that I was not somebody who could stand up in front of a bunch of people and talk.” That’s when Pam discovered that two new MAX locations were going to be opening up in her area. She was hired as the first employee of the Ocean location.

As Pam began to take MAX classes and learn more about the workouts, she overcame her hesitancy and found herself at the front of the room. “At first, I thought, I needed some more time. I panicked, but in my head, this was the cutoff. I knew if I didn’t try it now, I was never going to do it. I’m not about giving up. I just could not give up on it. Finally, I decided that even if I didn’t do it well, at least I knew that I gave it a shot. And then I did it.”

Pam’s MAX journey was far from over. In fact, it was just beginning. After Pam began to teach classes, she felt inspired and knew that she wanted to become more involved with the company. That’s when something serendipitous happened. Pam recounts, “The current owner had decided she no longer wanted to operate two locations and being that I was here, she gave me an opportunity – first choice to possibly get into this. I never imagined myself owning a franchise. It’s not anything that I ever thought about, but when the opportunity presented itself, it didn’t even occur to me not to do it.”

Pam moved forward with the full support of her husband. “It was the best decision I made and that was almost seven years ago,” she remarks. She soon found that owning her own business was incredibly rewarding, not just financially, but on an emotional level. Pam began to recognize she was inadvertently inspiring others to do things they never thought they could do. “At first, you don’t really realize it, you know, you do it every day. It’s just one of those things, you get up and you have fun. I was meeting all kinds of people and having a great time. But then you start hearing what people are saying. People having conversations in the background about doing things they never thought they could do. I started to realize, wow, you know what? I helped this

person do that extra jumping jack. People were starting to believe in themselves, and it created a domino effect.” The ability to help people find the confidence within themselves that they didn’t know existed was incredibly fulfilling to Pam. She began to see a rippling effect in the lives of her members. “It starts snowballing. [For example] when a person finally believes in themselves, they start to help their children more. It’s an amazing feeling.”

Pam began running her studio in THE MAX Challenge’s express format, meaning she was sharing the space, and rent, with a karate studio. It provided gentle ease into entrepreneurship that nurtured Pam into becoming the confident businesswoman she was at heart. Pam speaks highly of the express opportunity, remarking “It was nice because we shared. Some of their karate parents became our members, and some of our members had their children go to the karate studio. The expenses were great to share. We took good practices from them, and we just shared back and forth.”

The karate studio Pam was subleasing from eventually decided they needed to look for a bigger space, offering Pam the opportunity to run a stand-alone center. Pam thought, “You know, this is real. I better take care of this. You put it in your head that that’s what you’re going to do. And you just do it. And it was one of those things that you don’t realize you’re able to do until you have to do it.” Pam was thankful for the time she spent sharing a space with the karate studio, but she knew that both businesses were on to bigger and better things.

Pam found great joy in commanding the space on her own. She was excited to decorate the center the way she wanted to and to have a private office to speak to members one on one about nutrition and progress. “It was our own space. It’s our home. We talk about changing lives and that’s what THE MAX does. As an owner, you have an effect on people and you can change their life for the better. Sometimes people come in here and they tell you that some of the 45 minutes that they spend in class is the happiest part of their day.”

THE MAX Challenge differs from so many other fitness programs because they hold wellness as one of their core values. Pam is a huge proponent of this. “One of the things I say at the beginning of my class is no matter what you’re thinking about, or whatever is going on in your life, put that outside for now and enjoy yourself. Take care of yourself and believe in yourself. Right now, for 45 minutes, all of your stress is going to roll out your fingertips.”

Individuals who seek business ownership are generally looking for something more, whether it be financial freedom, or otherwise. For Pam, it’s simple. Nothing brings her more fulfillment than watching members transform. “At the beginning of challenges, people walk in and they’re not talking, and their head is down. And then after a couple of days or a couple of weeks pass, you see them talking and bouncing and they’re smiling, and they walk in and they’re full of energy! And that’s why I do it.” 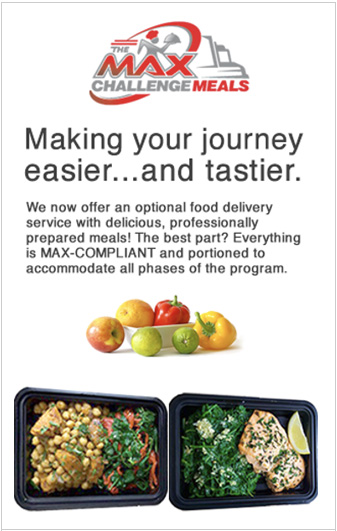 Created by the minds at Shoreline Media Marketing